It wasn’t long ago that one man, Dmitriy Timchenko, witnessed an incredible act of selfless solidarity between two dogs. 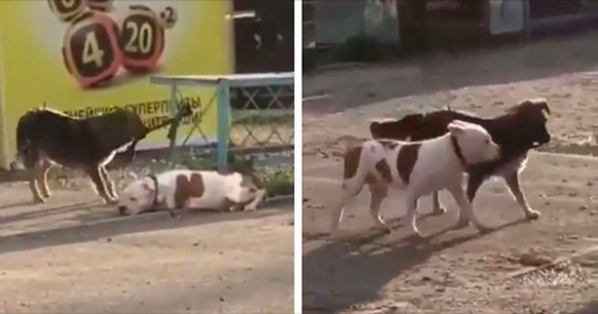 Timchenko and a friend were visiting a store in the town of Novorossiysk, Russia, when they noticed a pit bull tied up out front. The dog had been left there by his owner who was inside, shopping, however, the other dog that was passing by did not know that.

The passing dog was a stray, and perhaps that is why he seemed concerned that the tied-up dog was likely an abandoned dog like him.
He’s a very smart dog. And not only is he smart, apparently, but he’s also really thoughtful, too. 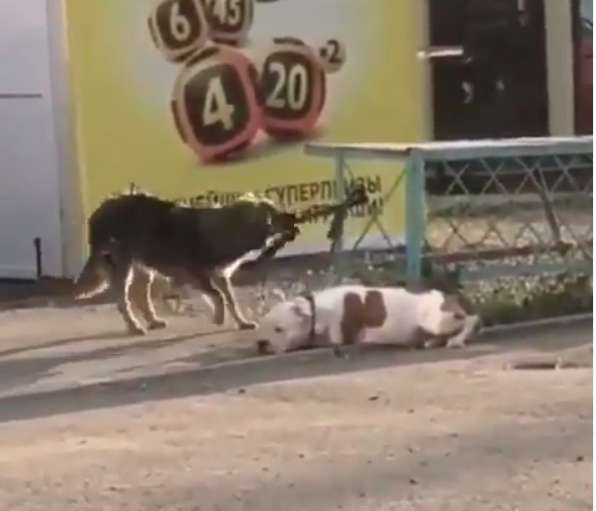 While Timchenko observed the scene unfolding, the stray dog approached the pit bull, then began to loosen the knot that was keeping him tied up as he waited for his owner. It didn’t take long till he was free and went off with the stray to partake in an adventure.

While the pit bull wasn’t abandoned or in any danger, it was clear that the stray’s heart was in the right place when he made the choice to free his fellow dog.

The sweet-natured stray’s origins aren’t known, but Timchenko noted that he looked to be in good health even though the dog was living on the streets. 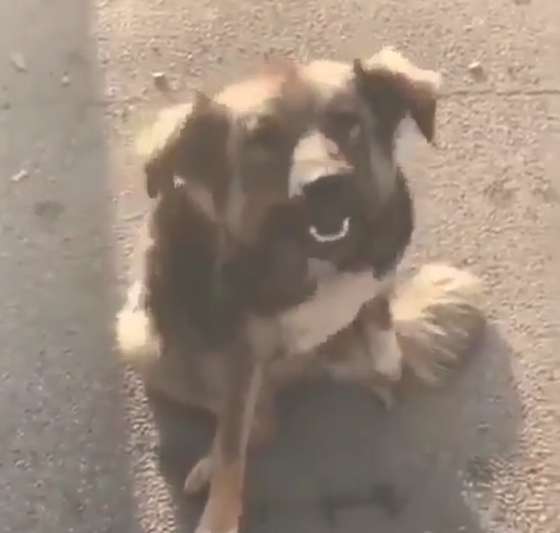 Regardless, hopefully, one day soon that adorably kind dog will have a change of luck and get adopted into a loving and forever home of his own! 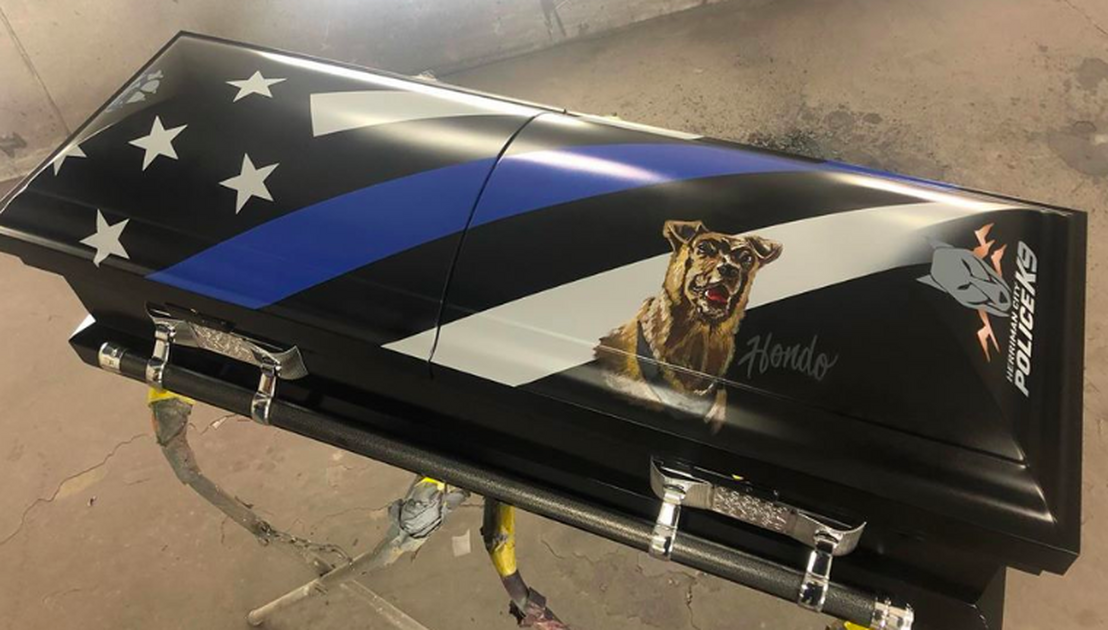 Abandoned dogs chase military cars and end up being adopted