It’s always a difficult pill to swallow when you hear about families taking their dog to the shelter. They will often give a reason for doing so, but most people would agree that dogs should never simply be dumped in such a way.

A two-year-old dog, Cobe found himself in such a situation and the reason why he was at the shelter is nothing short of saddening. It seems that his owners were so angry about him digging through the garbage that they left him at a kill shelter. 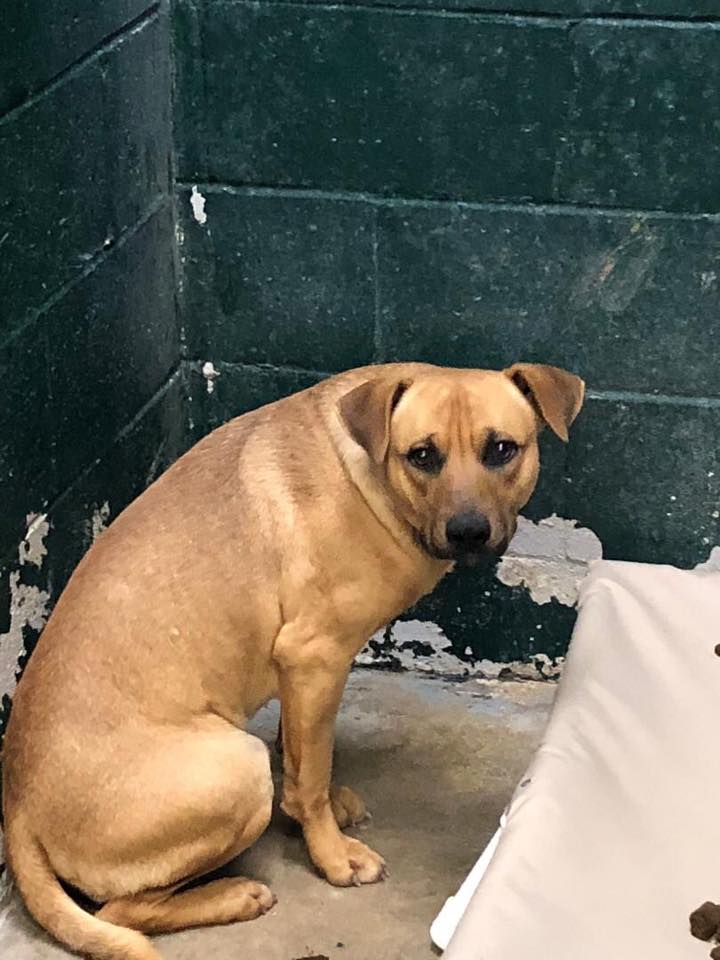 Coby was so confused and terrified once he was there that he just sat and stared at the wall. He wouldn’t make eye contact with any of the volunteers at the Fairfield County Shelter in South Carolina 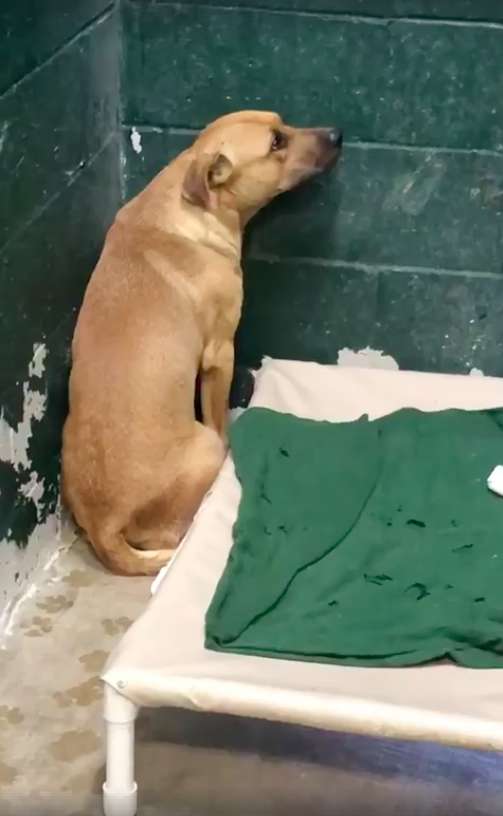 You can understand why the dog didn’t have any trust for humans.

“He is scared out of his mind … almost like a feral dog would be … but not once did he growl, or try to bite,” Samira El-Hage‎, one of the shelter volunteers wrote on Facebook. “He wanted to hide under the raised bed or run away when we got outside. He kept trying to chew the leash and would not look at us.”

It wasn’t long after the message was posted on Facebook that it began to spread. People felt sorry for the dog, including Leigh Maddox, founder of Compassion For Pets Of Delaware.

Maddox did not want to see Coby spend another day at the shelter and she knew what he needed. He needed someone that would love him in a forever home. He also needed to learn basic commands, because his previous owners didn’t bother to teach him. 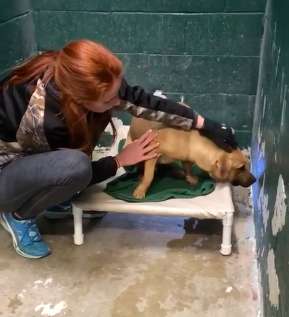 Pilots N Paws helped to transfer Colby to Delaware. They are an organization that helps animals find and get to their forever home. In Delaware, he met Olivia Fritz, his new foster mom.

She told The DoDo, “Coby was so tucked into the seat that it was difficult for my husband to get him out. Once he was out of the plane he went limp from fear … He was so shut down that really he did not respond to anything or anyone.” 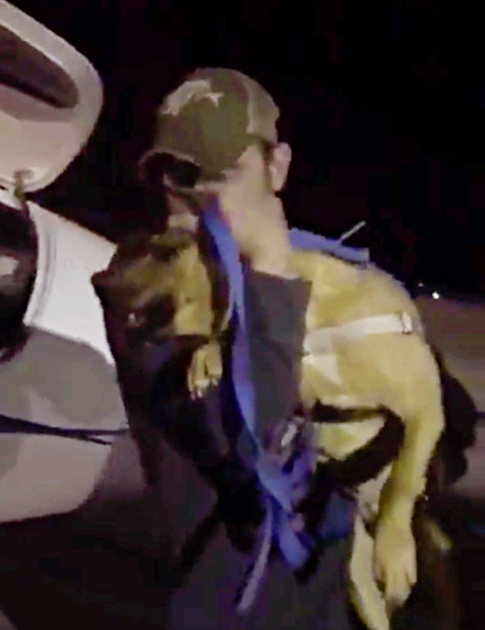 Fritz feels that Colby was not left at the shelter because he ate garbage. The family neglected him to the point where they didn’t even stop him from going to the bathroom inside.

He has a long road to recovery but he slowly working on it.

“I thought if I just held him and kissed him that he would know he was loved … but it is far more than that,” Fritz told The Dodo. “I hope the damage he suffered can be overcome but it won’t be overnight.” 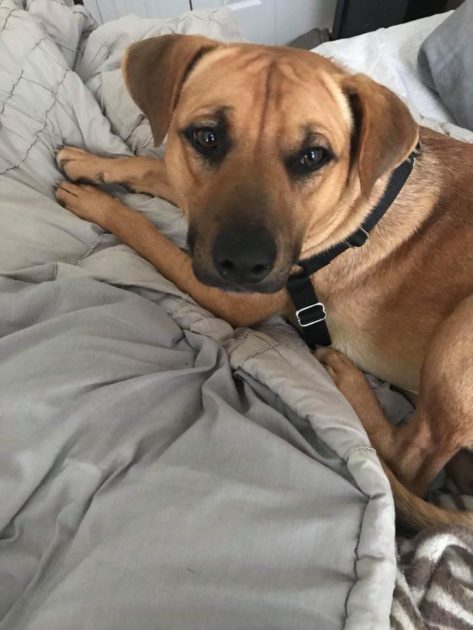 Other heartbreaking stories of puppy abandonment