Not every story has a happy ending. However, despite the sad part, there are still so many things in such stories that can inspire and move us in a wonderful way.

Jada was an unlucky dog who spent 9 years facing cruel treatment from her owners in their basement in Syracuse, New York. Thankfully, a kind citizen nearby informed the authorities about her terrible situation and the Syracuse police quickly showed up to help her out. 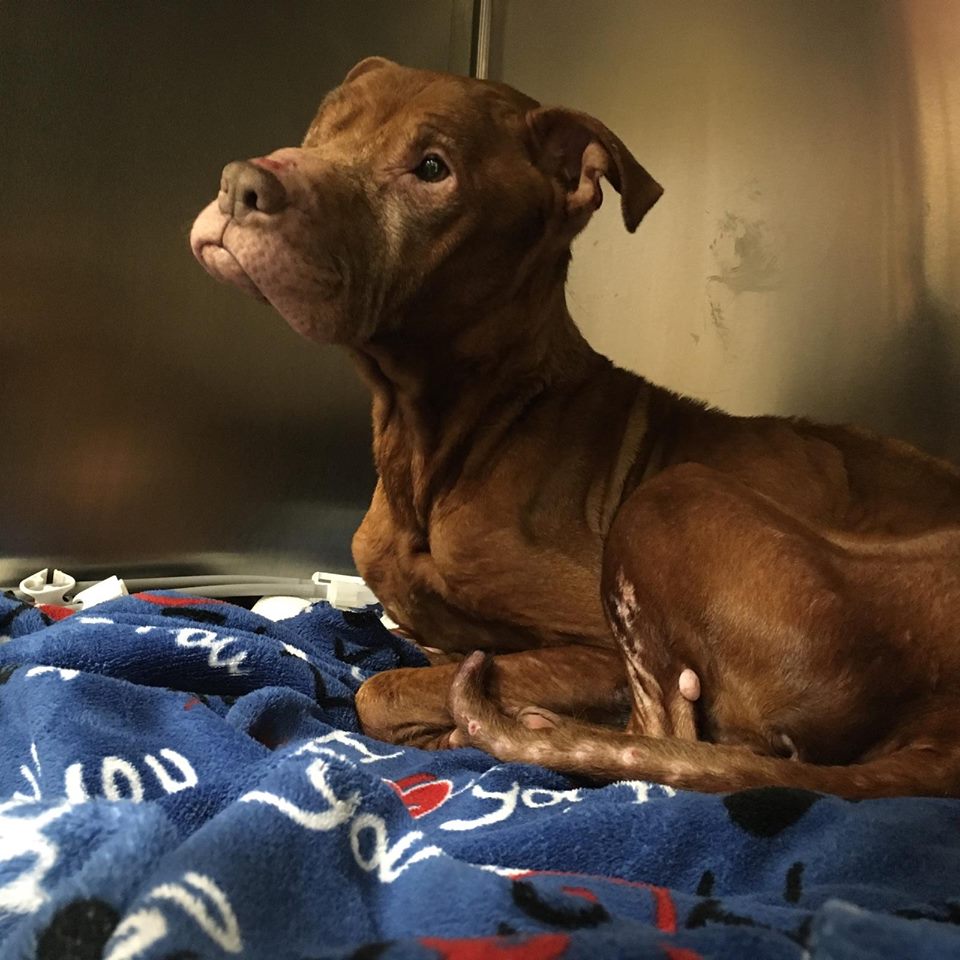 When the officers arrived, Jada was in horrible condition. The poor girl and her son Sonny were both extremely skinny and covered in scars. There was no sign of food nor water. The officers immediately seized the dogs from their owners and handed them to the Veterinary Medical Center of Central New York (VMC) for proper medical care. Her owners had to face animal cruelty charges afterwards. 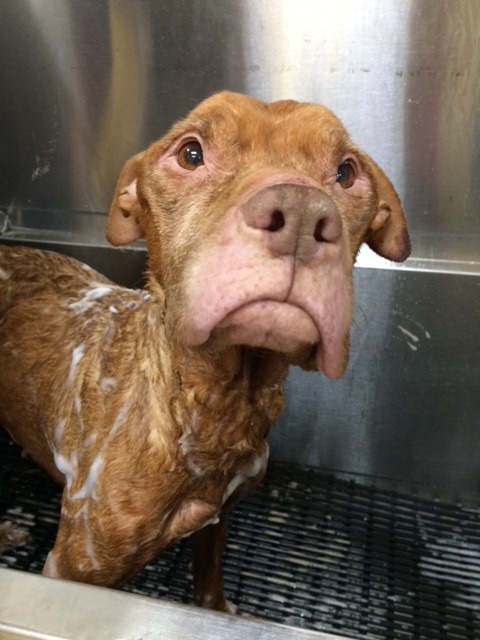 “Jada was emaciated, weak, filthy, covered in scars and lumps, and was 1000% sweet,” the VMC wrote about the pitiable dog on their website. 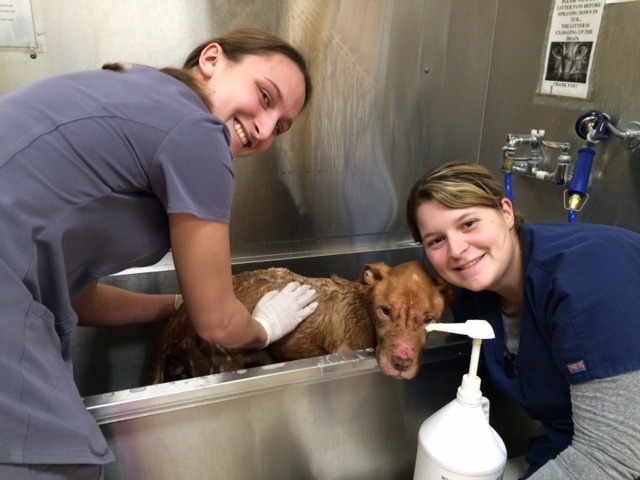 According to the center, Jada loved everyone who took care of her. In spite of her rough past, she was definitely a kind dog who clearly knew how to treat everyone warmly. And they all loved her, too. The strong girl even gained herself many fans outside the VMC, and they insisted on sending her gifts to make sure she felt appreciated and cherished. 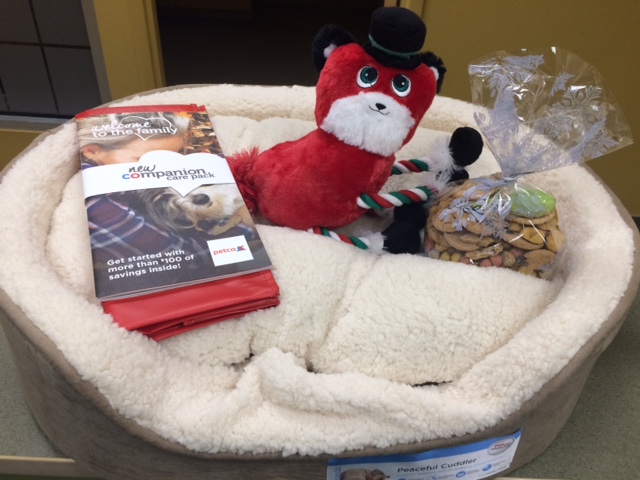 Thanks to the rescue, Jada’s life was changed, but unfortunately not for long. After her short stay at the VMC, Jada was brought to the Humane Association Of Central New York (HumaneCNY) for further veterinary assessment, where she was diagnosed with cancer. The luckless girl only had a few months left. 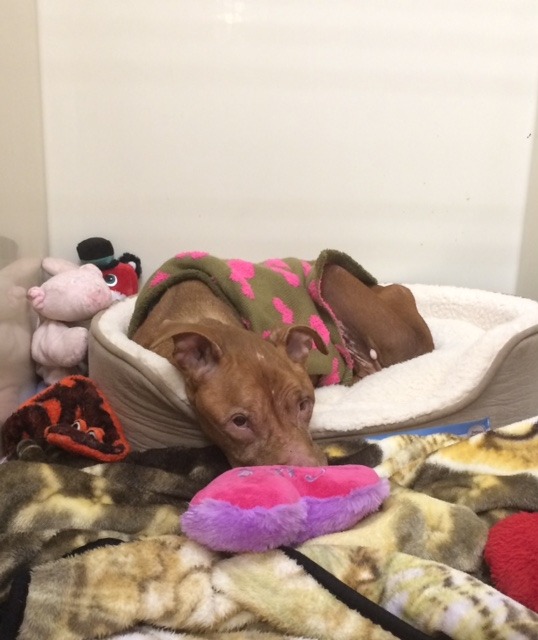 The tragic news was hard to accept, but it was unchangeable too. Any plan to save and find someone to take care of Jada was cancelled. But no, it was not the end of her life. Jada’s caregivers at HumaneCNY decided to make the rest of Jada’s life the happiest by giving her a final huge gift: a bucket list. 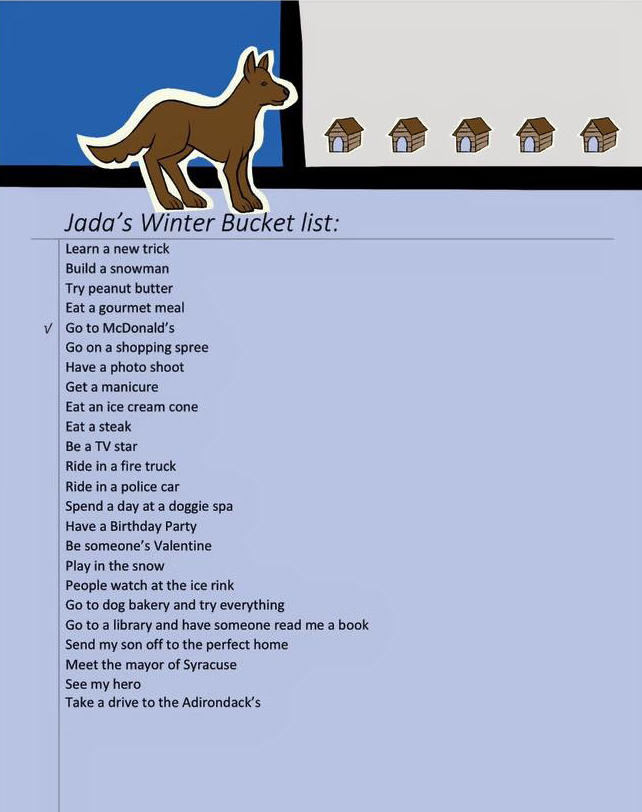 Jada’s bucket list was filled with fun things: learning a new trick, going to McDonald’s, riding in a fire truck, riding in a police car, being a TV star… And the community’s response was unbelievable, people were eagerly helping the adorable canine cross off items on her bucket list! 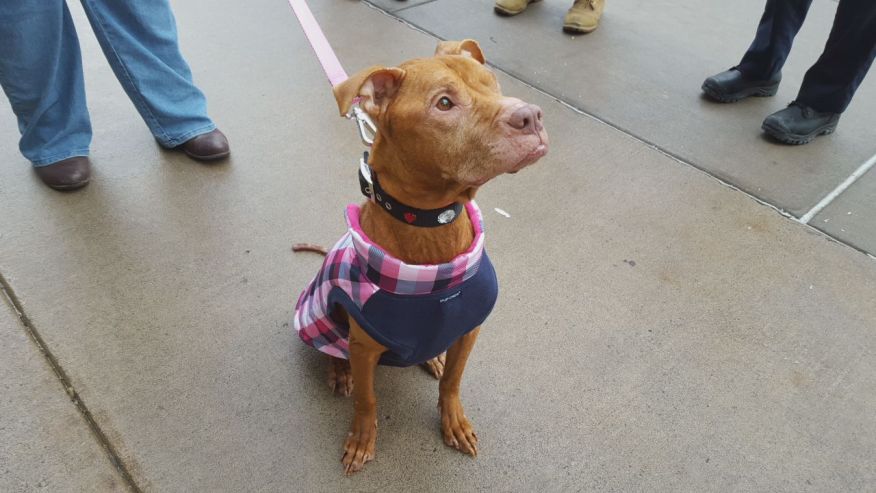 “In her first week, Jada knocked through at least half of her bucket list, adding people to her fan club at every stop,” the VMC continued. “She looks sweet in photos and film, but she is truly irresistible in person! Her daily adventures have also allowed all of us to see her improvement on a daily basis – she looks stronger and happier each and every day.” 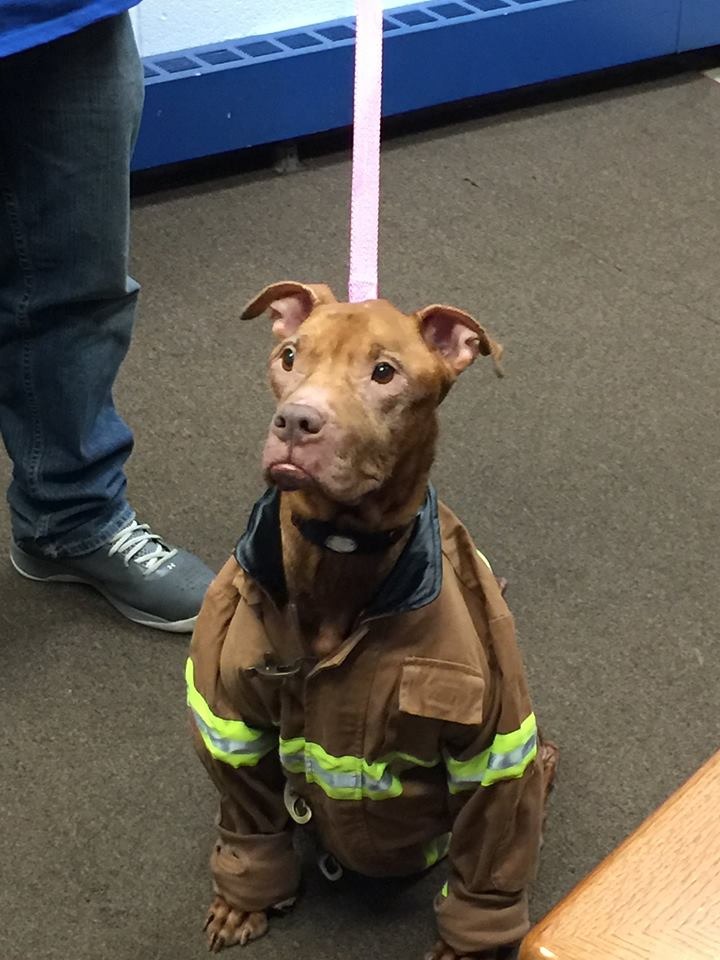 The dog finally got all the love and care that she deserved. It was a bit late, but better late than never. Jada later passed away peacefully one afternoon, but that time, she was not alone. 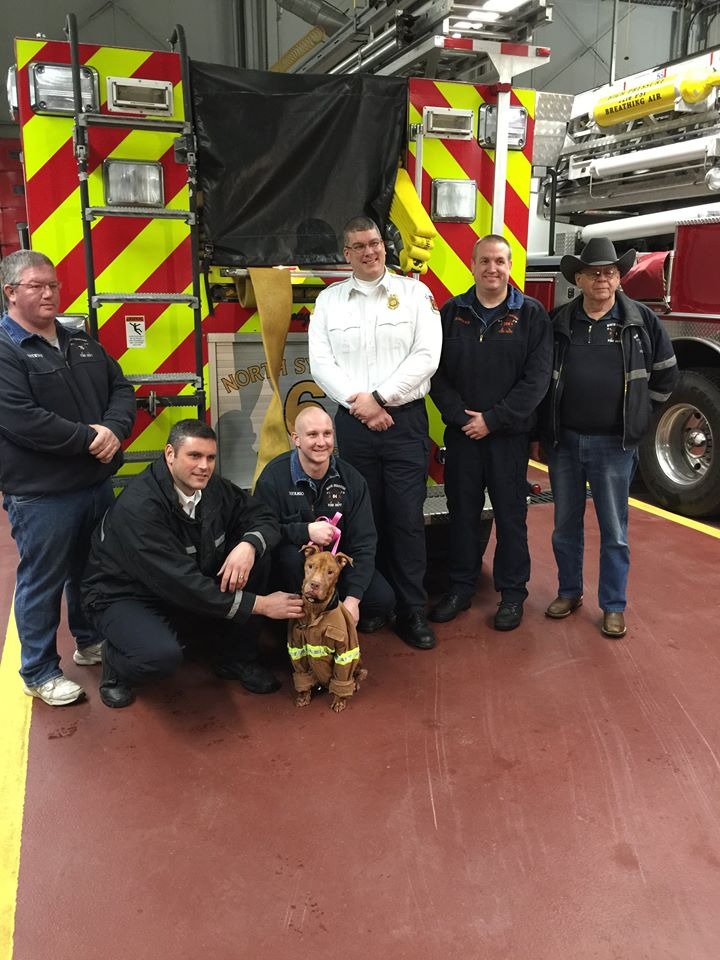 “Jada’s story is sad, but Jada isn’t sad at all,” the VMC wrote. “Jada spreads happiness and love to everyone she meets and to every place she enters. That’s an example we can all learn from.”

Please SHARE the touching story of Jada with your loved ones!